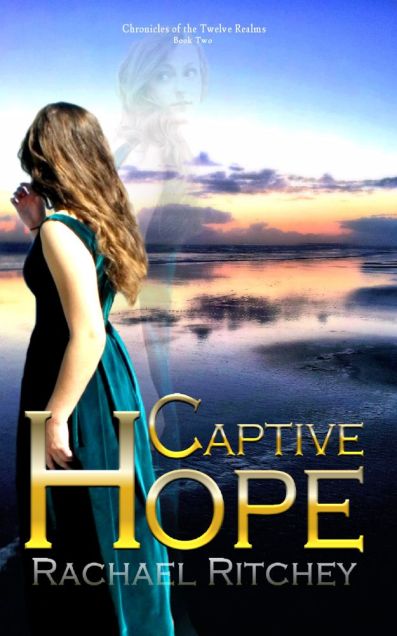 After the events of The Beauty Thief (book 1 in the Chronicles of The Twelve Realms series), Captive Hope follows the journey of Idra, the Lady-in-waiting to the princess, as she is kidnapped and taken far from her country by a powerful man with a grudge. I also wrote a review for The Beauty Thief, which you can read HERE.

Idra is an interesting character. She has a lot of doubts about herself and those around her, and inner struggles. It becomes such a problem that she doesn’t even realize Ahmad has feelings for her until it’s too late and she’s kidnapped. I liked her inner conflict, and how it reflected real life struggles that you and I can easily fall into. She’s relatable, and throughout her ordeal she must come to terms with these flaws in…

6 thoughts on ““Captive Hope,” a Review of the #LowFantasy Novel by Author Rachael Ritchey”

Rachael Ritchey is the author of young adult fiction. Her clean but real and true-to-self writing reflects qualities of courage and hope with daring adventure and sweet romance that almost anyone can enjoy. Rachael lives in Spokane, WA with her husband, kids, and their dog named Hashtag.