Chronicles of the Twelve Realms is set in a medieval era of low fantasy fiction. 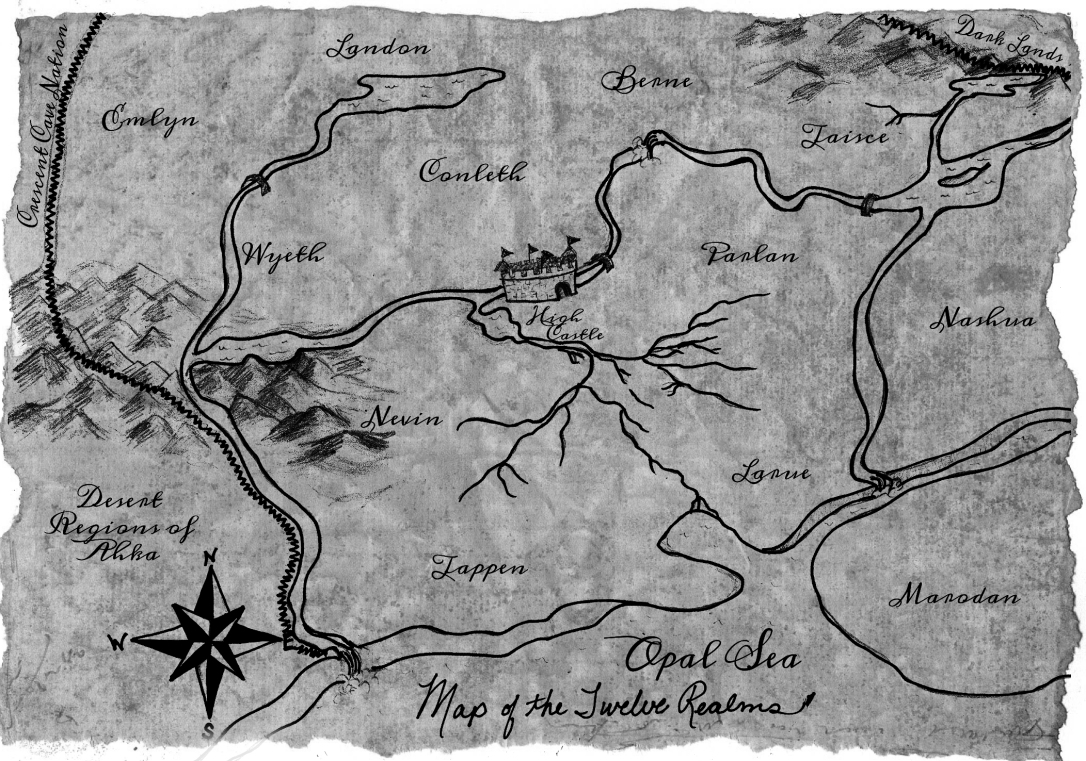 The Realms are twelve united kingdoms under the headship of the High King. At this time in history, that is Dante. His son, Prince Theiandar, is next in line for the throne and has taken a bride from among the kings of the Twelve Realms.

The realm of Taisce has been honored as Princess Caityn is the chosen bride of the high prince. Her father, King Othniel, made the alliance pact with High King Dante when she was only three.

Magic is almost unheard of in the world of the Twelve Realms. There are distant lands which boast the presence of wizards and powers beyond imagining, but the realms have lived without such fantastical feats for more than a thousand years. Or so they thought until a powerful thief chose to steal the beauty of more than a common maid.

Now, magic has been revealed in the Realms, and as time passes more and more unimaginable powers will be made evident to the people of the realms.

The goal is that each book be a stand-alone, but also be the unfolding tale of the Twelve Realms

BOOKS IN THE SERIES:

5 thoughts on “About Chronicles of the Twelve Realms”